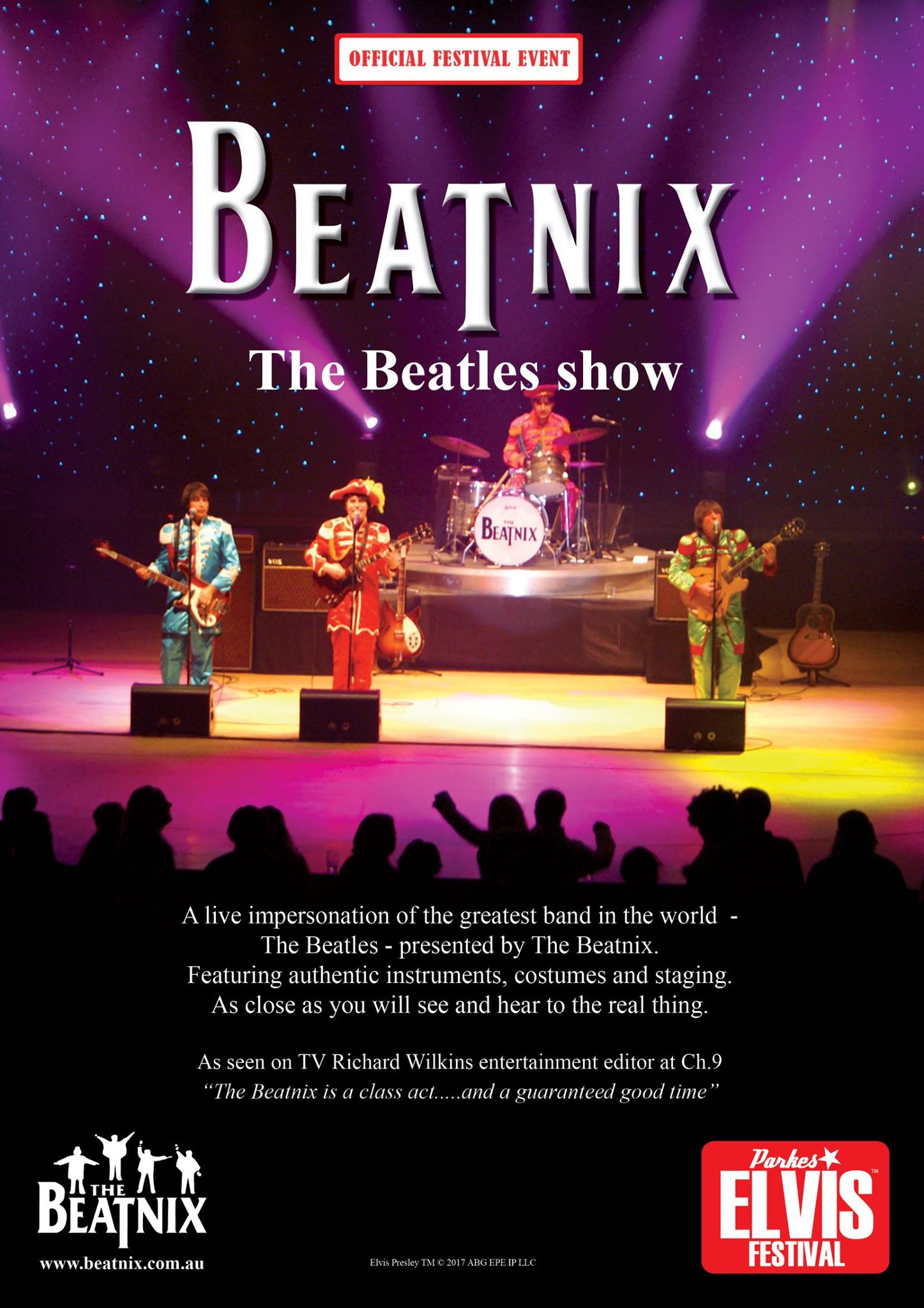 Fifty years after the Beatles stopped touring, their music remains popular with people of all ages who grew up with the legendary British group that changed pop music forever. Along with their children and grandchildren they are all keen to be part of real live Beatles experience.

35 years after they formed, The Beatnix, regarded as the best Beatles tribute show in Australia are taking people back to Beatlemania – in gigs from backyard garden parties to clubs, cruises, festivals and special corporate events.

Founder, Tony Dean who formed the group in Perth in 1980 eight months before John Lennon was fatally shot, said the recent release of a Beatles remastered DVD and now The Beatles being available on iTunes had also fuelled interest in live performances of Beatles music.

The Beatnix play a string of Beatles favorites from the early hits right through and including the last album.

In the early set they wear the classic black and white gear then for the second half of the show the legendary Sgt Peppers gear is featured.