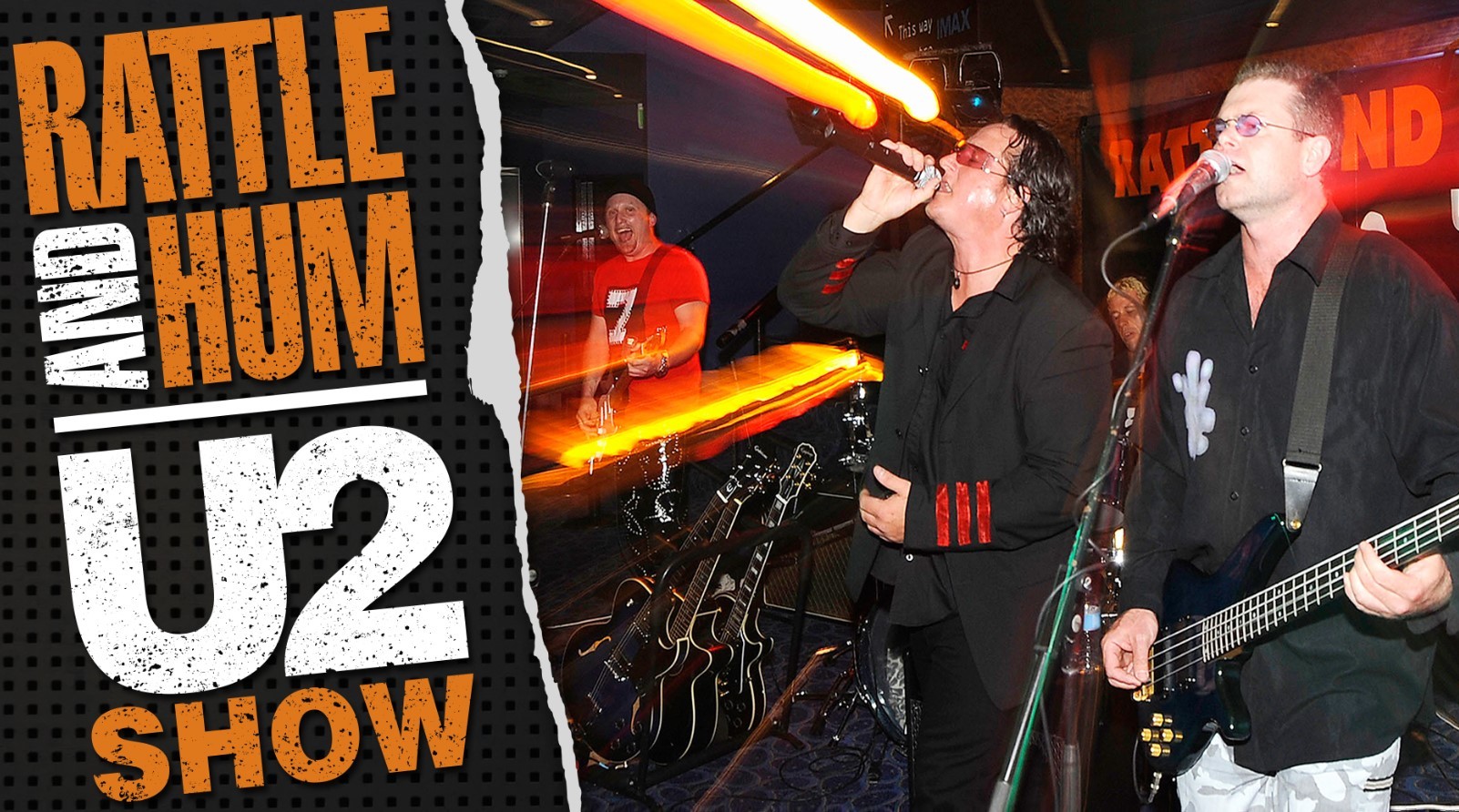 Rattle and Hum – The U2 Show Is Australia’s premier U2 Tribute band.

Formed in 1997 and with over 2000 shows under their belt, they have wowed audiences with their accurate renditions of U2 both visually and musically.

The band has performed on TV shows such as Sunrise, the Today Show, Spicks and Specks and Mornings with Kerry -Anne.