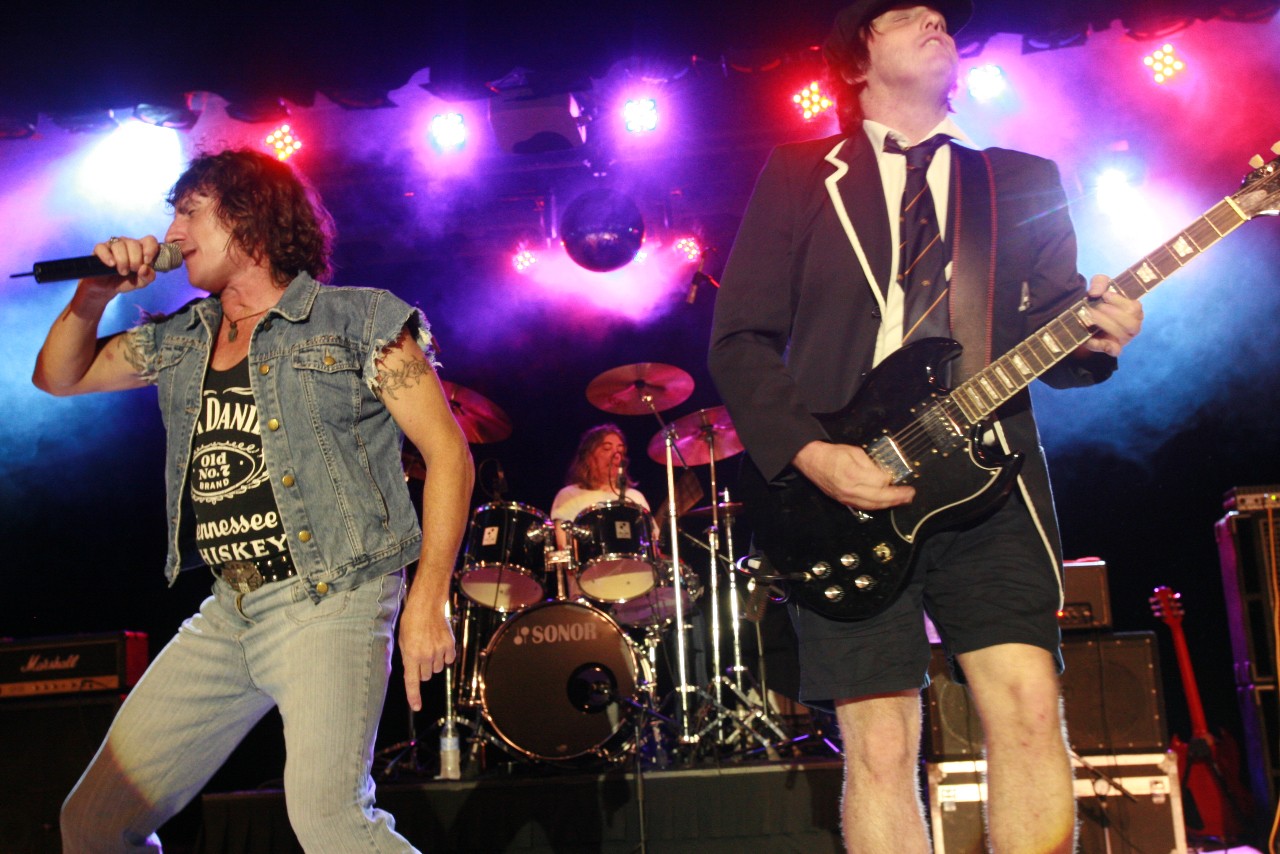 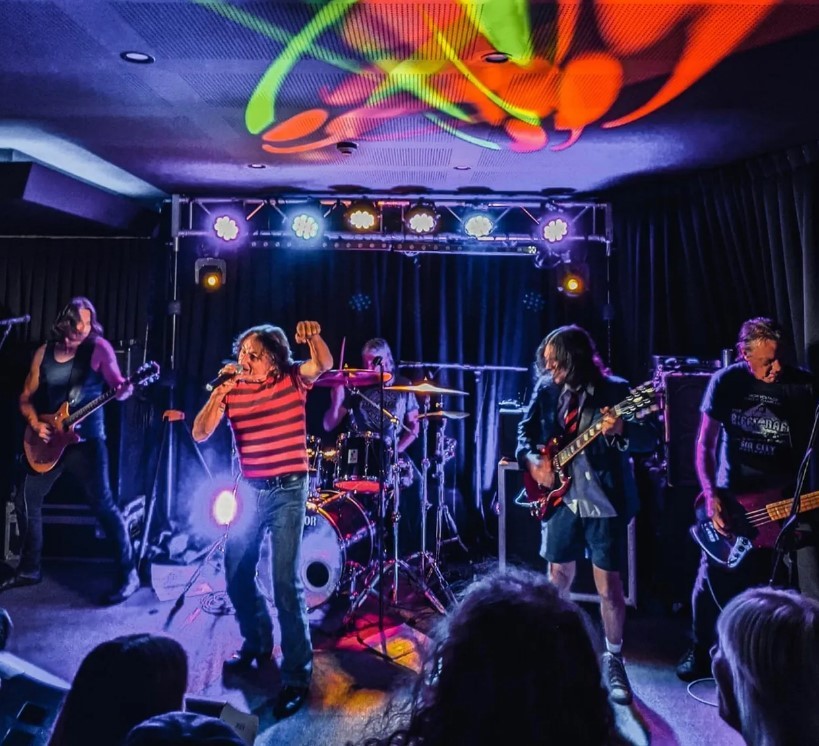 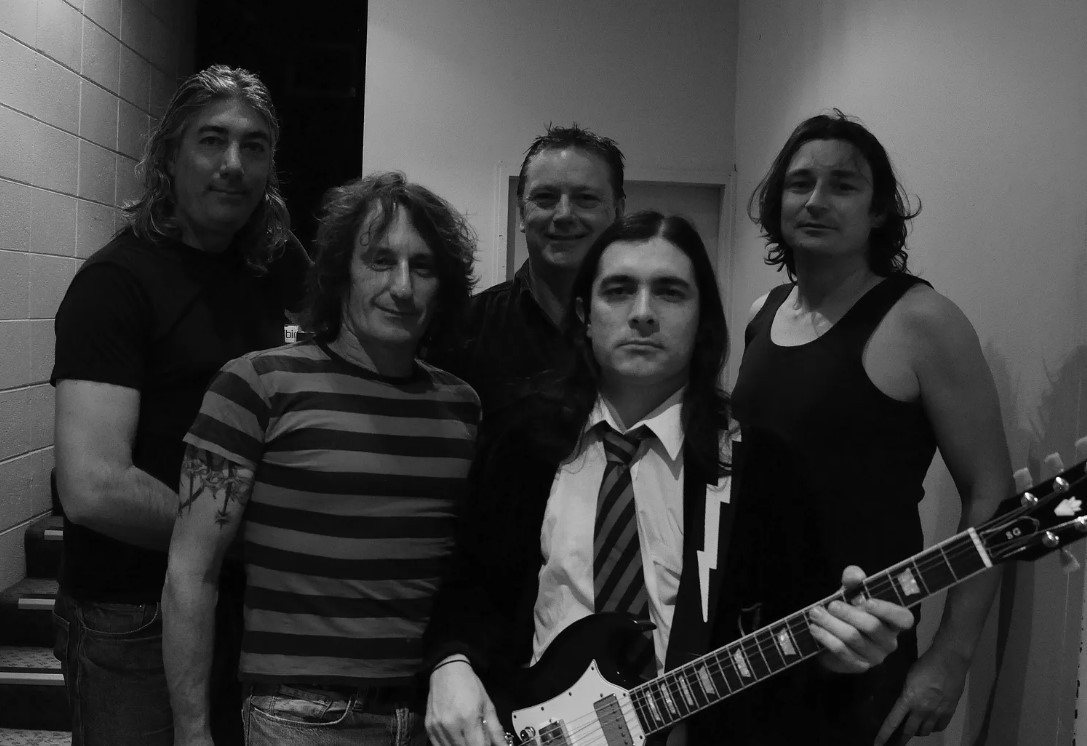 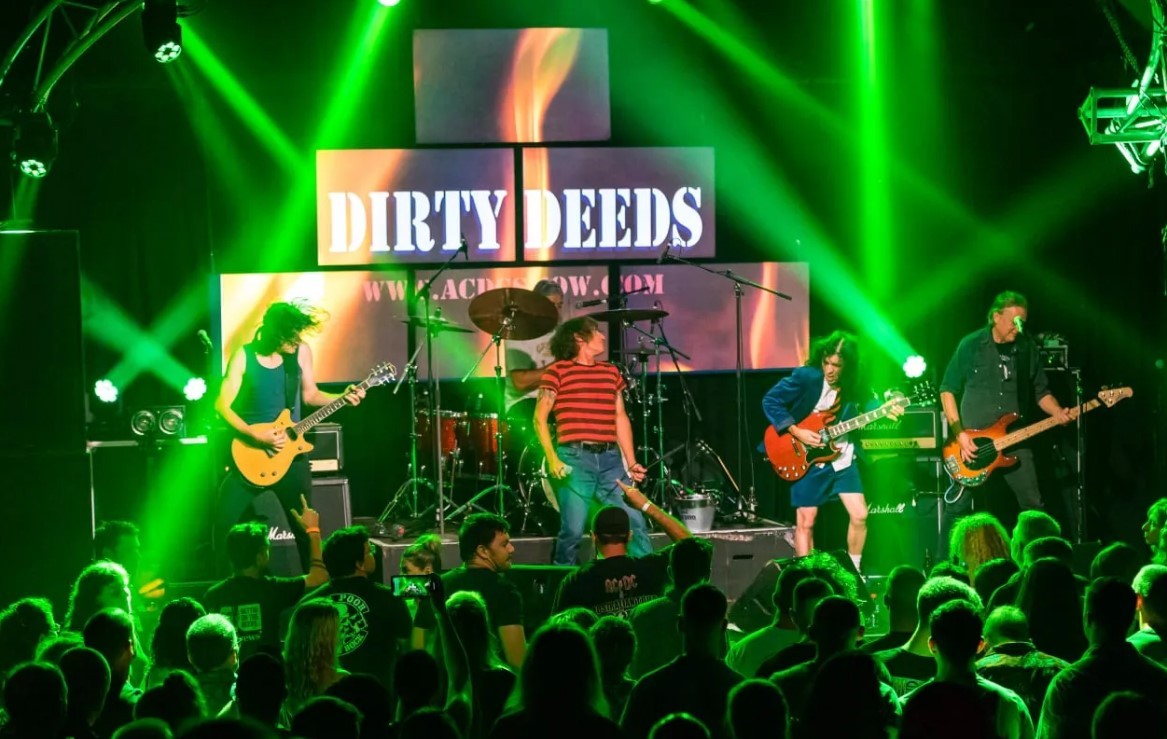 You’ll believe you are actually at an AC/DC concert! With countless years of combined industry experience DIRTY DEEDS success is due to its professionalism and dedication, musical performance and showmanship backed up by an amazingly authentic light show.

Well respected by fans and the industry, DIRTY DEEDS pride themselves on their ability to recreate the classic moments from AC/DC’s musical legacy. That may be why they were hand picked by AC/DC’s own record label to perform and represent the band at the Official AC/DC ‘Black Ice’ Worldwide Album Launch Party back in October 2008 in Sydney.

DIRTY DEEDS were also invited to perform at the Official Launch party for the thumping Stern AC/DC Pinball Machine in 2012 and were again invited to perform at The Brewery Hotel Olympic Park on the back of a truck to warm up the crowd of thousands prior to AC/DC performing at ANZ Stadium for their massive Rock Or Bust Tour in November 2015. This was both a massive privilege and a golden opportunity to perform all the great material that AC/DC no longer perform live before they hit the stage themselves.

With ‘Bon Scott’ re-incarnate Chad strutting his stuff out front you will believe you are witnessing AC/DC in the 1970’s. With many later Brian Johnson hits performed in the Bon Scott style, audiences are astounded to hear how classics such as ‘Back In Black’, ‘Shoot To Thrill’ and ‘Thunderstruck’ would have sounded if Bon Scott had lived long enough to record them.

Mick on the mighty Gibson SG is the ultimate tribute to AC/DC’s ‘Angus Young’ having seemingly being born for the role. Dressed in his regulation school uniform and with a wireless guitar system, he is able to prowl through the audience illuminated by our ‘Jailbreak Spotlight’ delivering every blistering trademark Angus solo faithful to the original.

Back in the engine room, DIRTY DEEDS rhythm section boasts this country’s busiest working musicians who share extensive touring and recording experience throughout Australia and overseas. This depth of expertise gives you note for note and pound for pound that rock solid AC/DC sound.

With performances at major events such as headlining the Snowy Bike Ride in Thredbo (2008 & 2012), Kidgeeridge Music Festival, Cops and Rodders charity fund raiser, major corporate events, Australia Day Celebrations and not to mention countless Club and Rockin’ Pub performances, this is THE AC/DC SHOW not to be missed!

There may be other copy cat tributes out there, but DIRTY DEEDS is the show that gets re-booked and shares the billing with the likes of major original artists such as Diesel, Glenn Shorrock, Neil Murray, Ian Moss and Leo Sayer to name a few…

So get your heartbeat racing with a trip down AC/DC lane from Australia’s most loved and highly respected Tribute Show – DIRTY DEEDS!